From Wizard of Legend Wiki
Jump to: navigation, search 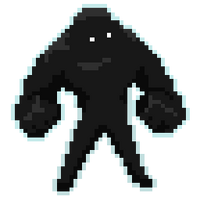 The Macho Ghoul is one of the enemies in Wizard of Legend.

Allow it to strike at your location then dash or dodge out of the way. When missing it will be stunned for a few seconds, giving a viable opening.

Take caution when freezing Macho Ghouls as they will immediately attack when unfrozen.

This enemy was added in the Sky Palace Update